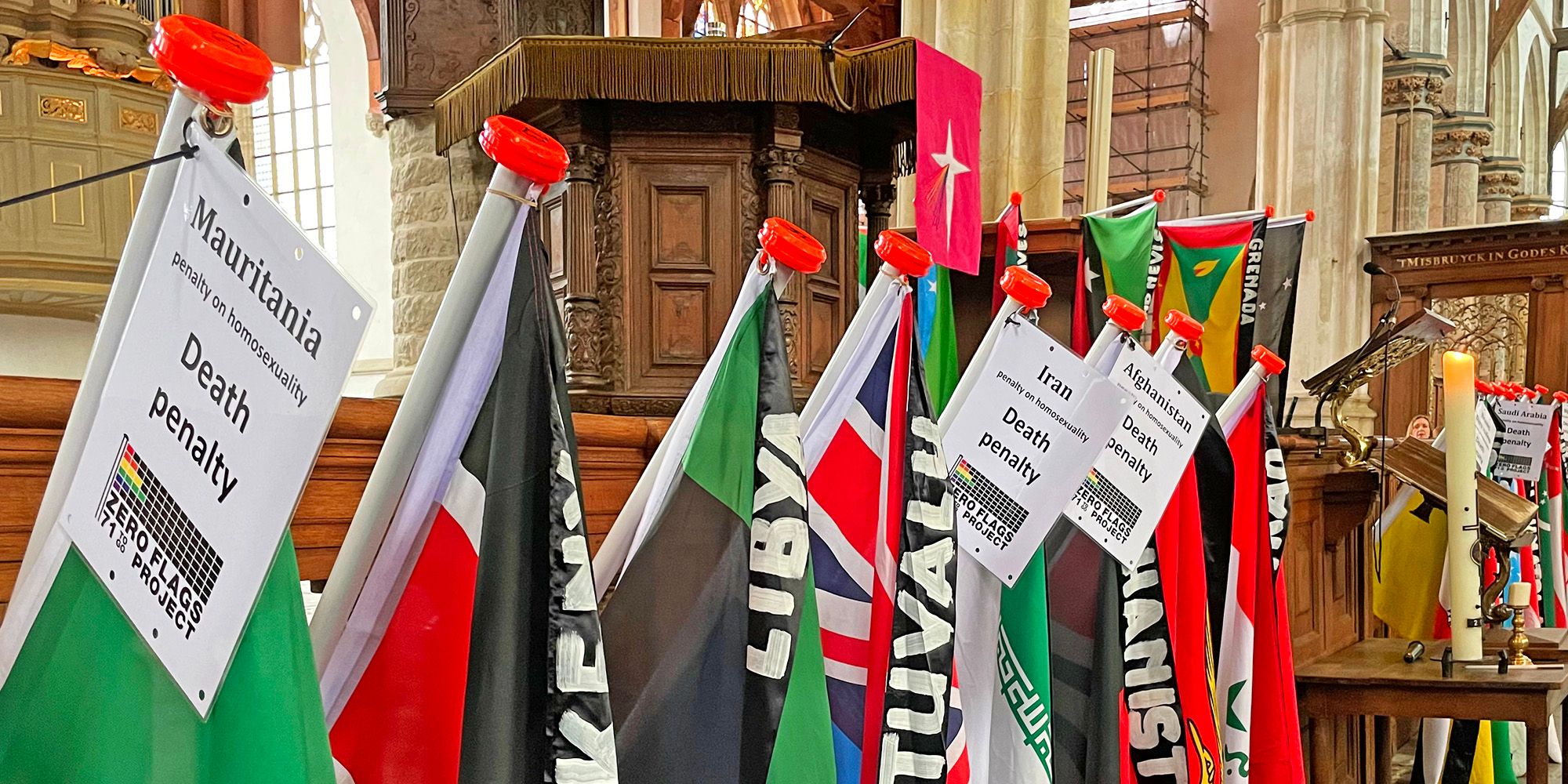 The Zero Flags Project displays the flags of 71 countries where homosexuality is still prohibited and where prison sentences and corporal punishment are imposed. In eleven of these countries the death penalty is imposed for homosexuality. People here are punished purely for who they are. Approximately one third of the world population, over 2 billion people, live in one of these 71 countries. Assuming that eight percent of the people are not heterosexual, this amounts to millions of people. These people live in fear every day. That’s why the goal of the Zero Flags Project is to get the number of flags, which fly here as “flags of shame”, back to zero.

The Zero Flags Project – a Monument of Visibility – will also have a place during the EuroGames 2022 in Nijmegen. The flags will be placed on the Waalkade, next to the site for the opening and closing of the EuroGames. The EuroGames are an example of acceptance and inclusion in sports, of visibility of the LGBTQ+ community. With the Zero Flags Project, we also show the other lifestyle and that there is still a lot of work to be done to get a safe, inclusive and tolerant society worldwide get.

On July 26 at 11.00 hours we will be on the Waalkade at the steps to the river Waal, in a short gathering to officially open this project. The opening will be performed by Alderman Vergunst, on behalf of the city council of Nijmegen.

The project was made possible by the law firms Evius, FT Advocaten, Wools, Bloemen and Van Schaijk advocaten, in cooperation with Stichting EuroGames 2022 and @COCRegioNijmegen.