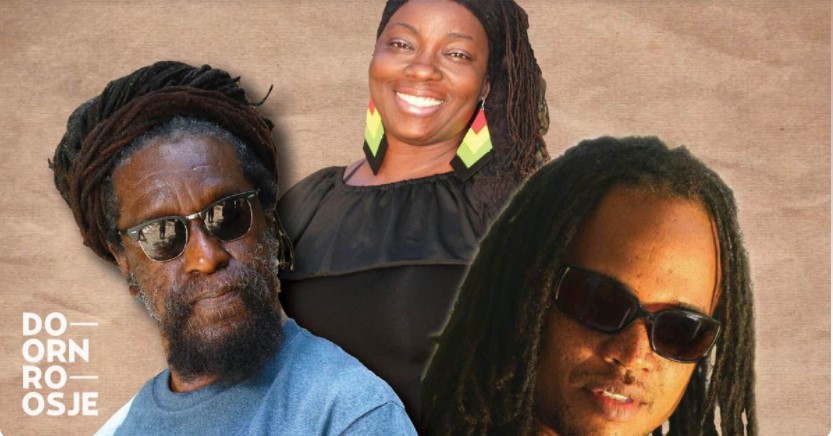 We are proud that we were able to persuade the reggae band Black Uhuru for a performance in Doornroosje. The real reggae connoisseur will immediately jump in the air with this name, because for more than 45 years Derrick “Duckie” Simpson has been releasing world-class reggae with Black Uhuru.

The band won their first reggae Grammy in 1985 for the album “Anthem”. In 1994 they received the Diamond Award of Excellence as the first reggae band ever. With fourteen original albums, seven instrumental dub records and four live albums, Black Uhuru is the best-selling reggae act after Bob Marley. They toured with the Rolling Stones and recorded music with loads of musicians, from Keith Richards to Ice-T.

Black Uhuru (literally translated “Black Freedom”) was founded in the Waterhouse district, in Kingston, Jamaica. Although this is known as one of the largest problem areas in the country, it is also the breeding ground for several reggae artists. From Wailing Souls to Bob Marley, who taught Simpson the tricks of the trade before starting his own band.

This website uses cookies to improve your experience while you navigate through the website. Out of these, the cookies that are categorized as necessary are stored on your browser as they are essential for the working of basic functionalities of the website. We also use third-party cookies that help us analyze and understand how you use this website. These cookies will be stored in your browser only with your consent. You also have the option to opt-out of these cookies. But opting out of some of these cookies may affect your browsing experience.
Necessary Altijd ingeschakeld

Any cookies that may not be particularly necessary for the website to function and is used specifically to collect user personal data via analytics, ads, other embedded contents are termed as non-necessary cookies. It is mandatory to procure user consent prior to running these cookies on your website.